The First Step to a Million More

WE WILL GO LIVE IN:

Once the countdown ends, you will be redirected to the live Youtube link. In case you are not redirected, please refresh this page.

Note: All timings are tentative and in E.S.T.

Shaykh Ibrahim Memon Madani was born in the blessed city of Madina to a pious and scholarly household. He began his quest of knowledge with the memorization of the Holy Quran at an early age, and attended the lessons and lectures of the great Hadith Master Shaykh al-Hadith Muhammad Zakariyya ibn Yahya Kandhelwi (rahimahullah).

Upon the consultation of the noble Shaykh and other prominent scholars he enrolled at the prestigious Madrasah Arabiyya Islamiyya at Bury, England – the first Islamic seminary of its kind in Europe. He completed his memorization of the Holy Quran as well as an in-depth study of Classical Arabic, Quranic Exegesis (Tafsir), Jurisprudence (Fiqh), Prophetic Traditions (Hadith) and other related disciplines which form part of a traditional Islamic curriculum. His teachers included such luminaries as Shaykh al-Hadith Islam Haq (rahimahullah), Shaykh al-Hadith Yusuf Motala, and Shaykh Hashim Jogwari.

In 1987 he moved to Canada and served as the Imam of Waterloo Masjid for four years. In 1991 he established an Islamic seminary in Buffalo, the now famous Darul Uloom Al-Madania. In 2010 a new branch of the seminary by the name of Darul Uloom Canada was opened in Chatham, Ontario. He pioneered eAlim, an online distance education program which caters to those who want to seek authentic Islamic knowledge but are unable to attend a full-time seminary. Then in 2013 he started a new institution for the general public called “Ibadur Rahmaan: Servants of Allah”

According to his students he is an ardent bibliophile and erudite scholar with thorough grasp of the Islamic tradition, whether it is Quranic exegesis, Hadith scholarship, Islamic Jurisprudence, History and Biography, Theology, Heresiology or Spirituality. He is fluent in Arabic, Urdu and English and regularly accesses the  vast amounts of Islamic literature that are available in these languages.

Currently, he is a senior lecturer and research scholar in Darul Uloom Canada. He teaches Sunan at-Tirmidhi, one of the six most authentic books of Hadith, to the final year students of the seminary. He has taught Sahih Bukhari in the past. He gives weekly Tafsir lessons which are broadcasted online. He has hundreds of audio recordings on various topics, including serialized Tafsir of the Holy Quran, biographies of the Prophet (sallallahu alaihe wa sallam), the Companions (radiallahu ta’ala anhum) and the Pious Predecessors, as well as various Islamic topics relevant to the spiritual and academic betterment of Muslims, freely downloadable from the Darul Uloom Al-Madania website. He has authored a number of works including, The Book of Purification, The Essentials of Jumma and The Preservation of Hadith.

His extensive national and international travel experience on lecture appointments, community and interfaith outreach events, or educational tours has given him valuable insights which his students and addressees regularly benefit from. 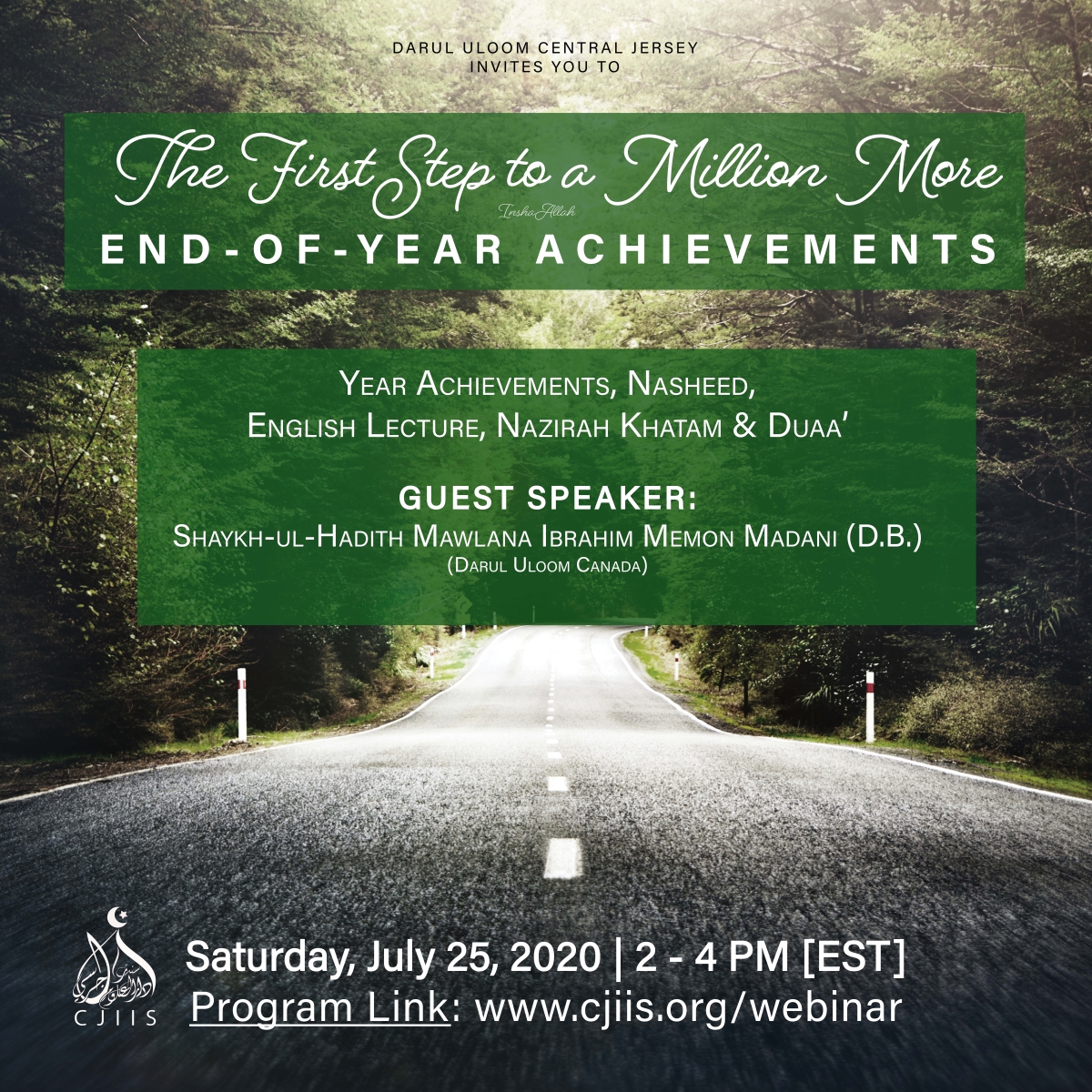