What if your life could run on the schedule of the most successful man to walk the face of this earth, the beloved Messenger of Allah ﷺ?

Has there ever been a time you felt like you want to get closer to Allah ta’ala?

Have you ever felt like its time to give up sins you have been habitually falling into?

Have you ever thought: ‘You know what, it’s time to change my life before it’s too late.’

What if we told you that you can do all that AND have your life run on the schedule of the most successful man to walk the face of this earth, the beloved Messenger of Allah ﷺ? 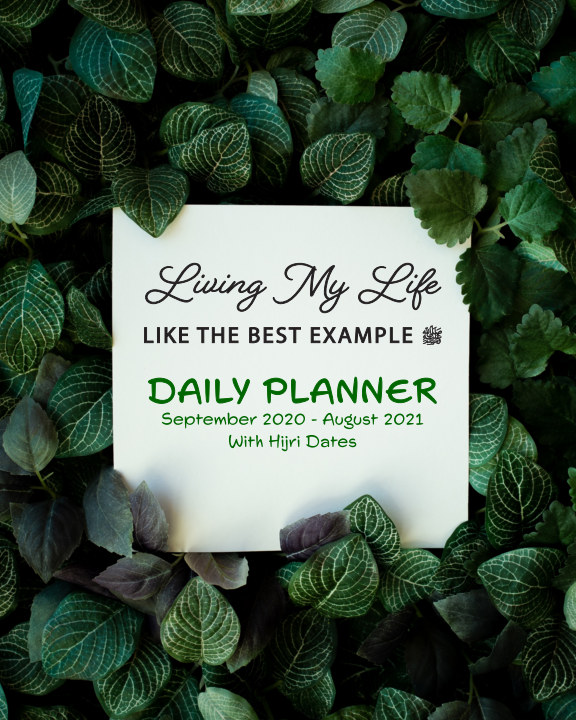 Rasulullah ﷺ is the Best Example for Us, Even Though We are Living in the 21st Century

Sometimes, we think that with all of our technology and advancements, we are almost another ‘species’ when comparing ourselves to the world 1400 years ago. Allah ta’ala had revealed the Qur’an for all of humanity though till the end of time, and He never restricted it to a certain group. We need to understand that even with all the changes, we are still the servants of Allah ta’ala and in much need of following His beloved, Rasulullah ﷺ in order to be truly successful in this world and the next.

Allah ta’ala has declared Rasulullah ﷺ to be the best model for us in the Qur’an:

“The Messenger of Allah ﷺ is an excellent model for those of you who put your hope in Allah ﷯and the Last Day and remember Him often.” (Qur’an 33:21)

Allah ta’ala has even given us the formula to achieving His love, which is by following Rasulullah ﷺ .

Say [Oh Rasūlullah ﷺ], “If you should love Allah, then follow me, Allah will love you and forgive you your sins. And Allah is Forgiving and Merciful.” (Qur’an 3:31)

As stated by Brother Mohammad Faris (Founder of the Productive Muslim Company):

“What better story to follow and learn from than the story of a man ﷺ who according to his ﷺ wife was a walking breathing Qur’an?”

Seriously. What better story and example is there?

Rasūlullah ﷺ was even admired by non-Muslims who had studied his ﷺ life.  As stated by Michael H. Hart in his book, ‘The 100, a Ranking of the Most Influential Persons in History:’

“My choice of Muhammad ﷺ to lead the list of the world’s most influential persons may surprise some readers and may be questioned by others, but he ﷺ was the only man in history who was supremely successful on both the religious and secular levels.”

But Why a Planner? Why Didn’t We Write a Book?

Alhamdulillah, there are many books written by scholars regarding the life and sunnahs of Rasulullah ﷺ . However, we felt a great need to design a planner which can be used practically for our daily routines. We wanted something we could record our own routines and habits using the routine of Rasulullah ﷺ  as a model. We wanted something that would be used everyday to serve as a reminder of our journey towards getting closer to Allah ta’ala.

And a planner was the perfect thing.

This planner was originally designed for our own selves. After it was complete, we felt it may help others change for the better as well, Insha’Allah, and that’s why it’s now out in the market, Alhamdulillah. We are on this journey together!

Let me ask you this: how do you think special people become special? Isn’t it through their daily habits and routines? And for Prophets (‘alayhimus salam), their habits and routines were divinely inspired which makes them even more vital to emulate to help us live the best version of ourselves. (Mohammad Faris)

So, What’s in this Planner?

Wait, Why Does it Start and End with Such Odd Months?

As stated before, this planner was originally designed for our own selves and this is what better suits our yearly schedule. InshaaAllah, for future planners we can take suggestions and design them accordingly.

So, are you determined to change your life for the better?

All profit goes to CJIIS, Inc. It’s a double-double win.